When searching for candidates to fill an available employment opportunity, a firm will invariably include, in bold print, a section entitled “Qualifications” within the job description. The purpose of this vital and ever-powerful section is, above all, a time-saving one — the idea is that applicants who are clearly under-qualified will select themselves out of the hiring pool and eschew wasting the firm’s time and money. Of course, this approach is not bulletproof and it should not be, as there is always a chance that someone who does not possess the desired prerequisites will shine in other ways and still prove to be a valuable asset to the organization.

However, there is a reason that a carpenter does not apply to be a commercial airline pilot, a college professor does not submit his curriculum vitae to the local opera house, an accountant does not opt for a veterinary job, and a construction worker does not offer his services to an investment bank. While the examples may be frivolous, the point is not — in general, workers do not interview for jobs that they are not qualified to perform, because they will not be hired.

In this way, upper-level political office should be no different from any occupation — the people who fill these positions should be qualified to perform the pertaining tasks and shoulder the responsibilities. In Israel, the recent elections predictably saw Prime Minister Benjamin Netanyahu retain his post, but also witnessed a new party, the centrist Yesh Atid (“There is a Future”), gain an unprecedented number of seats in the Knesset. Its head, Yair Lapid, much like his party, appeared on the scene of Israeli politics in a whirlwind.

According to the Yesh Atid official website, Lapid’s foray into the political realm began with an unexpected announcement on Jan. 8, 2012. He registered Yesh Atid as an official political party on April 30, 2012, and, a few months later, the fledgling party suddenly won 19 seats in the Knesset. On March 15, 2013, he was appointed minister of finance by Prime Minister Netanyahu.

It is not uncommon for people of wildly varying backgrounds to venture into political life. For some public posts, it is much more vital to be able to galvanize a constituency around a common cause than it is to flash a fancy Ivy League diploma. But for other, more specialized positions, a certain educational standard is highly preferable, if not essential.

According to the website of Israel’s Ministry of Finance, the ministry “is responsible for planning and implementing the Government’s overall economic policy. The Ministry prepares the draft State Budget and monitors implementation of the approved budget, manages state revenues and collects direct and indirect taxes, promotes nonresident investments and conducts the Government’s economic relations with the Government of the United States, regulates the capital market, savings, and insurance, and maintains auxiliary units for government ministries in motor vehicles, computer services, and printing.”

This description sounds routine for a wing of the administration that deals with economy policy, except for the clause denoting Israel’s special economic relationship with the United States. Nevertheless, other developed countries ascribe very similar responsibilities to their respective economic policy departments. Since the world is currently navigating a turbulent economic atmosphere, making sound fiscal decisions is more important than ever. It seems reasonable to assume that the individuals charged with the care of a nation’s economic strategy are skilled, educated and experienced.

To confirm this hypothesis, let us review the credentials of the finance ministers (or corresponding positions) in European Union member countries. Out of the 27 European finance ministers (see chart below), 25 hold bachelor’s degrees, 14 hold master’s degrees, and ten hold doctorate degrees. The only two who do not hold collegiate degrees are qualified in other ways: Latvian Finance Minister Andris Vilks has taken extensive courses in investments, financial analysis, management and marketing, and Swedish Finance Minister Anders Borg has completed a multitude of graduate courses in economics at Stockholm University.

On average, the finance ministers of European Union countries have over 23 years of experience in politics, law, economics, or finance under their belts (all have ten years or more, and only two have less than 15 years). With no exceptions, the European Union countries believe (based on whom they appoint) that only extremely well-educated, knowledgeable and seasoned economists and lawyers should be in a position to shape their fiscal landscapes. Israel, while of course not a member of the European Union, definitely strives to emulate a highly-civilized and modern Western lifestyle. When it comes to political appointments, however, Israel apparently could not disagree more.

According to Haaretz, Yair Lapid never graduated from high school, and admits that he dropped out due to insurmountable learning disabilities. Surprisingly, this is a little-known fact — most articles about the rising political star simply omit any mention of his education (or lack thereof) and begin with his journalism career. A Haaretz article entitled “Who is Yair Lapid?” notes that there is “a Facebook page dedicated to the factual errors Lapid makes in his speeches and interviews, as well as countless Internet memes, tweets and blogs poking fun at the former journalist/columnist/author/host/actor/boxer/songwriter.”

Indeed, Lapid has done many things throughout the years, but unlike his Latvian and Swedish counterparts who share his lack of collegiate experience, the activities he pursued in lieu of an academic degree are completely irrelevant to his current position. In other words, Lapid would have a hard time explaining how his careers as a journalist, thriller and children’s book novelist, and television talk show host have prepared him for, among other responsibilities, “planning and implementing the Government’s overall economic policy.”

Yair Lapid was admitted to Bar-Ilan University’s special Ph.D. program for students who have not obtained a bachelor’s degree, but, according to The Times of Israel, “the Council for Higher Education called the program ‘a deviation from appropriate academic standards’” and discontinued it, rendering Lapid degree-less, once again. As a footnote, Lapid aspired toward a doctorate in hermeneutics (the study of text interpretation), so even if he had obtained it, his qualifications for devising national economic tactics would have remained non-existent.

According to Reuters, Yesh Atid legislator Yael German claimed that “Yair Lapid is sufficiently talented to find a formula to cut the budget, without hurting the middle class.” While a vote of confidence from a fellow party member demonstrates heartwarming camaraderie, it is sadly deficient in tangible proof. The world’s finance ministers would readily confirm that while talent is a prized and rare quality, the graduate degrees and years of relevant work experience (both in the private and public sectors) they have attained were not for sport — they represent the painstaking groundwork necessary to prepare them for their current occupations.

An appropriate question might be: how did Yair Lapid get so far? Haaretz reports that “it says a lot about Israel, more so than about Lapid himself, that a candidate with zero political experience of any sort and no education to speak of, his only selling point being his many years of celebrity, could become one of the biggest political players overnight. Lapid is the ultimate personification of a political sphere obsessed with stardom, filled with parties trying to recruit journalists, athletes and other public figures who bring the spotlight along with them. His brand is the product of hard and careful, albeit sometimes cheesy, work. And he spent two decades building it.”

Clearly charismatic, with an imposing frame and an assertive gaze, Yair Lapid makes a great celebrity. Perhaps he has a vision for Israel’s future, but unfortunately, he is no more qualified to run Israel’s Ministry of Finance than author Dan Brown (who does, in fact, hold a college diploma) is to be the Surgeon General of the United States. Furthermore, if Lapid had gone through normal, civilian channels to look for employment within the Israeli Ministry of Finance, he would struggle to obtain an entry-level position or even an internship — such jobs generally require at least a bachelor’s degree and additional relevant work experience.

When Lapid was a prominent journalist, his columns were not filled with astute political insights or focused economic analysis, but, as Haaretz states, with pieces about “boxing, Raymond Chandler, the battle between the sexes, and scotch.” His experience might have afforded him significant wisdom and life experience, but this is not enough — one does not learn how to be a finance minister on the job.

Israel’s government faces numerous challenges in the years ahead, and it is not clear how it will respond to them. By appointing Yair Lapid to address the nation’s economic problems, Benjamin Netanyahu has not risen to the occasion. Netanyahu, coincidentally a former finance minister himself (unlike Lapid, he studied at MIT and Harvard), should know better. Whether or not Lapid will miraculously develop a brilliant economic intuition and a profound financial understanding remains to be seen. For now, we can only hope that Lapid’s advisors, undoubtedly more qualified than he, will pick up the slack. 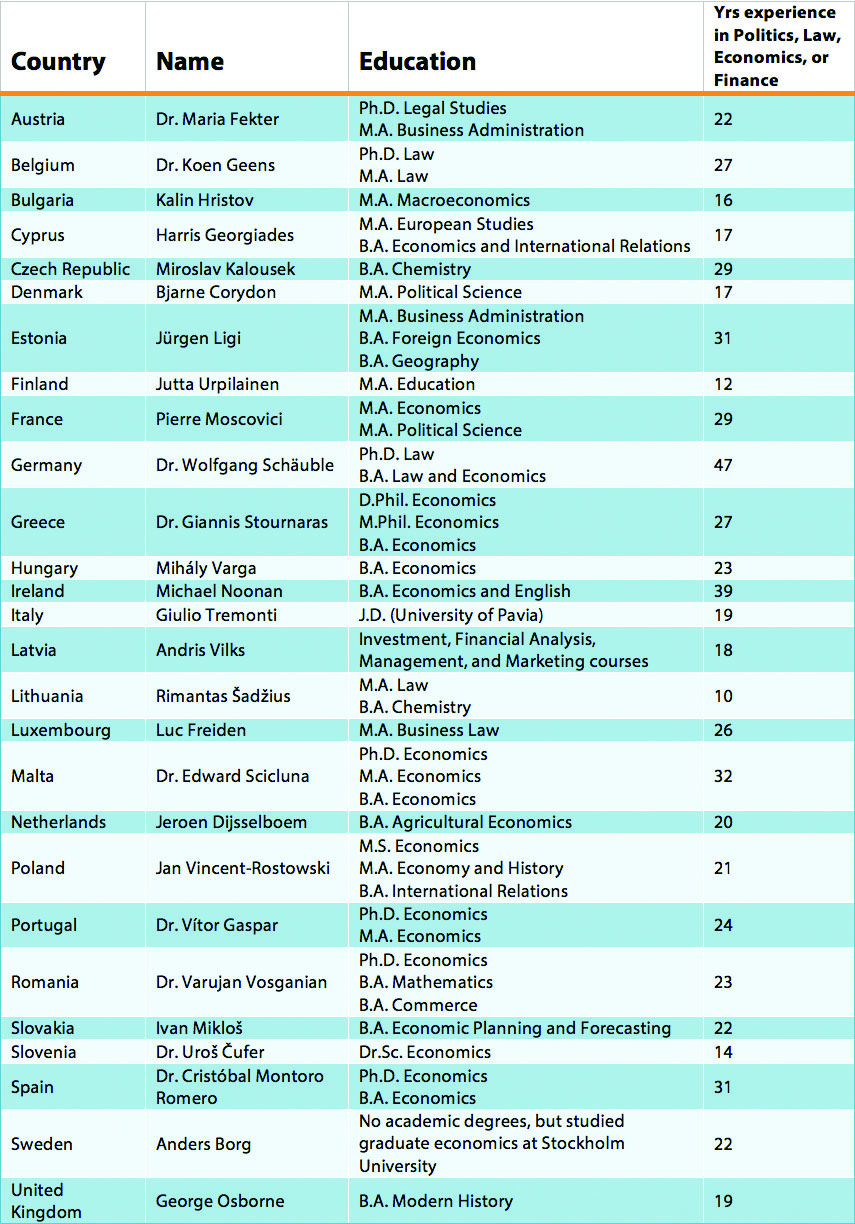 UCLA Dining, catering to all? Muslim and Jewish students vie for halal and kosher options on campus