Anyone who has had the pleasure of participating in the three-day madness that is Coachella can attest to its beauty. I knew that Coachella’s amazing lineup would leave me speechless, but even the Postal Service, my favorite band since middle school, was upstaged by the glorious arepa. This sandwich-like Latin American treat consists of a moist corncake filled with mozzarella cheese, grilled to perfection and drizzled with honey. Having developed a serious arepa addiction, I found it necessary to do my best to replicate the arepa in order to enjoy it from the comfort of my own home.

Preheat oven to 350 degrees. Mix arepa flour and salt in a large bowl. Gradually stir in water until a soft dough forms. Cover mixture with plastic wrap and set aside for five minutes. Remove the dough from the bowl and knead for about five minutes, moistening your hands and the kneading surface as you go (adding this little bit of extra moisture is very important for the arepa’s texture). Knead until the dough is smooth but not sticky and moist enough so that it does not crack at the edges. Mold dough into disks that are about three inches in diameter and roughly one half of an inch thick. Add a small amount of canola oil to a nonstick pan and cook arepas over medium heat until a crust forms, but they are not browned. Place arepas on a baking sheet and bake for about 15 minutes. Cut arepas lengthwise and stuff with the grated cheese. Return arepas to skillet and cook until the cheese is melted and the arepas form a golden brown crust. Drizzle cooked arepas with honey and enjoy! 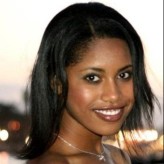 The "Gaza Doctor" Abuelaish: Feminism Will Deliver Peace to the Middle East