With the coverage of the election season saturating nearly every media outlet, we cannot escape discussion of partisan politics.

Politicians from across the board are working long and hard to earn your vote. They’re assembling teams of image consultants, speechwriters, and advisers to effectively communicate with their specified targeted audience. Each candidate systematically tailors rhetoric towards particular segments of the voting populace to garner as much support as possible. Whether it is the so-called, “moderate vote” or “Evangelical vote,” candidates target specific voting blocs to assemble a unified patchwork of political support.

However, is there a “Jewish vote” anymore? In the age of globalization, intermarriage, and assimilation, can Jews still be considered a cohesive and similar-minded voting bloc?

According to previous voting history, Jews have traditionally voted for liberal or progressive candidates. In fact, a staggering 77% of registered Jewish voters voted for Barack Obama in 2008, according to Haaretz.

Are these statistics simply a representation of an amalgam of individuals that seem to agree politically? While one may be able to construe a feasible argument in support of seemingly united Jewish voting coalition based on the raw data, making sense of this wide ranging multiplicity of voices is anything but simple.

With the Obama Administration’s less than cozy relationship with Israel (compared to the Bush Administration’s de facto acceptance of all policy output from Israel), many are beginning to suggest fragmentation of the Jewish vote in 2012.

This begs the question of whether the Jewish state lies at the forefront of the Jewish voting agenda. With clear disparities in Birthright experience, religious and regional upbringing, and Jewish cultural exposure, the ideological spine of American Jewry does appear to be fragmented. These ideological divergences are as pronounced as the divides between JStreet and AIPAC, Monsey and Greenwich Village, Menachem and Brian.

All of these segments of Jewish society naturally possess varied social values and political beliefs. So, when a politician talks about shoring up the “Jewish vote,” what do they mean? Do Jews still present a unified political agenda – a singular united voice in the political arena, one kol? What are you thoughts? 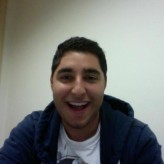